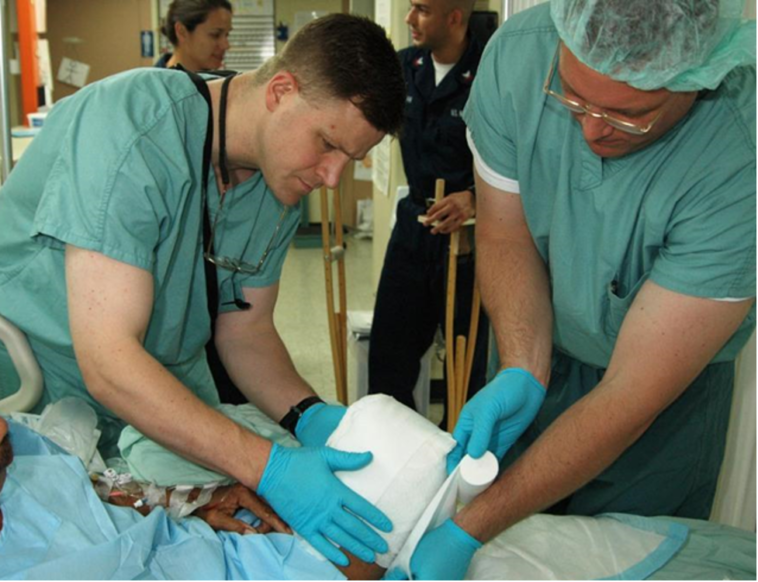 Dr. Vernon Franklin Sechriest currently serves as Chief of Staff for the VA Loma Linda Healthcare System. He is also a U.S. military veteran who served as an orthopedic surgeon aboard U.S. Navy hospital ships during four humanitarian aid/disaster relief (HA/DR) deployments.  During these missions, Dr. Sechriest visited many medically underserved regions throughout Southeast Asia and Haiti. He evaluated thousands of patients and performed hundreds of surgeries at sea as well as onshore in host-nation hospitals.  While on these HA/DR missions, Sechriest witnessed first-hand the disparities in healthcare that still exist in many countries and he has published extensively on his experiences.

Since leaving the military,  Dr. Sechriest has joined the Veterans Health Administration. In his current role, he remains passionate not only about improving healthcare for veterans but also for underserved populations at home and around the world. Today, he discusses lessons learned from his experiences abroad, the ongoing need to address healthcare disparities in developing countries, and some of the potential solutions.

How Big is the Problem? 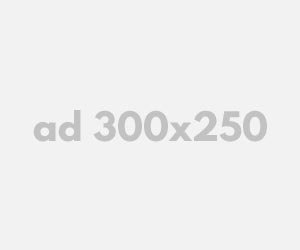 To describe the scope of the problem, Dr. Sechriest referenced a 2017 study by the World Bank and the World Health Organization (WHO), which found that approximately 50% of the world lacked access to essential health services. Sechriest also referenced a 2018 study from Lancet Global Health Commission on High-Quality Health Systems that found nearly 6 million people die in low and middle-income countries every year due to poor quality healthcare, and nearly 3 million die from lack of access to care. Sechriest summarizes that “the problem is big, and it persists.”

Dr. Sechriest emphasizes the strong link between a nation’s financial health and its population’s access to healthcare. According to Sechriest, “In the simplest terms, countries with thriving economies can afford to provide better healthcare services.  Developing countries with poor economies not only struggle with limited healthcare resources but also with building and maintaining infrastructure that provides clean water, waste sanitation, and food production. These disparities negatively impact population health, welfare, and survival.”

To improve healthcare in developing countries, Dr. Sechriest points out that some of the solutions are very simple and already in use. Sechriest offered examples of two very powerful and impactful initiatives he witnessed while working in many developing countries. Sechriest recalled, “Vaccinations and mosquito net distribution programs were very important,” and “studies have shown that these relatively simple interventions are cost-effective solutions that save lives.”

A safe water supply is critical for public health, whether for drinking, domestic use, food production, or recreational purposes.  To highlight the vital importance of safe and readily available clean water, Dr. Sechriest referenced another recent WHO study which found nearly 1 million people die each year from diseases contracted due to contaminated water or poor sanitation. Sechriest noted, “Without a doubt, a clean water supply and improved sanitation and hygiene practices offer very high-impact health benefits and could prevent millions of deaths.”

Malnutrition plays a role in many deaths around the world. While severe malnutrition can lead to starvation, it is more common that malnutrition makes individuals more susceptible to disease. Children and the elderly are especially vulnerable.  Food donation programs are a key component of addressing malnutrition. However, Sechriest stresses that prevention is the key, and initiatives such as agricultural programs that provide the education and tools to begin growing food are even more critical as they are part of a long-term sustainable solution.

High drug prices have been a major reason why much of the world still do not have access to medicines.  Developing countries with limited financial resources have been impacted the most.  Historically, because many drugs were patented, a less expensive generic version was not readily available.  Fortunately, several leading pharmaceutical companies have launched programs to produce affordable drugs for developing nations. Sechriest believes such health initiatives to provide generic and/or low-cost alternative drugs to needful populations are very important and have a major positive impact.

According to the WHO. At the same time, most humanitarian relief efforts and resources are allocated to curing disease, and preventing disease hold the greatest potential. On this key point, Sechriest believes “a simple transfer of knowledge in food preparation and storage, proper handwashing,  safe sex, and primary care practices could have a major and lasting impact on world health.”  Education should also include providing populations with information about what health services may be available locally or regionally.  Sechriest notes, “Unfortunately, many times, healthcare isn’t sought due to a simple lack of awareness of what is available and where it can be found.”

Vernon Sechriest attended Johns Hopkins University. He then studied at the University of Alabama School of Medicine and completed his orthopedic training at The University of Minnesota. After completing a fellowship in Adult Reconstruction of the Hip & Knee at Insall-Scott- Kelly Institute in New York City, he served on active duty as director of the Adult Reconstruction Service at Naval Medical Center San Diego.  After leaving the U.S. Navy,  he served as an Assistant Professor of Orthopedic Surgery for The Johns Hopkins University School of Medicine.  In 2015, he joined the Veterans Health Administration as the Chief of Orthopedics and Podiatry for The Minneapolis VA Healthcare System.  Since 2021, he has served as Chief of Staff for The VA Loma Linda Healthcare System. 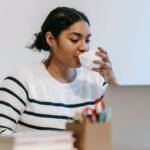 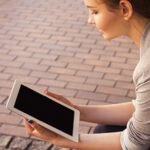